Etihad Rail stated that an estimated 3.5 million tonnes of construction material would be transported annually from the company’s Al Ghail quarry to Abu Dhabi via 500 annual train trips.

Stevin Rock is one of the world’s largest quarrying firms, producing over 80 million tonnes of limestone, dolomite, and gabbro annually from three quarries.

Mr. Shadi Malak Chief Executive Officer Etihad Rail remarked that “Stevin Rock will be one of the first to witness the benefits associated with the interconnectivity that Etihad Rail will establish within the emirates.”

The agreement allows the company to move its goods from Ras Al Khaimah to the Industrial City of Abu Dhabi, UAE’s logistics hub.

The UAE, which is already one of the world’s largest logistics and transportation hubs, is constructing a regional rail network to speed up freight transport. Etihad Rail, which was founded in 2009, is responsible for the construction of a 1,000-kilometer rail network that runs from Ghuweifat on the Saudi Arabian border to Fujairah on the UAE’s east coast.

It will link Abu Dhabi’s Khalifa Port and Mussaffah with Dubai’s Jebel Ali Port and the Port of Fujairah once completed. Etihad Rail started work on the Al Ghail freight facility in 2020, to provide transportation services from Ras Al Khaimah and Fujairah quarries to the rest of the UAE.

The network is expected to connect with the quarries Al Siji, Masafi, and Al Taween, speeding up gabbro rock transport from Fujairah to Abu Dhabi and Dubai while reducing truck trips on the route. Etihad Rail’s first stage, which connects the gas fields of Shah and Habshan to Ruwais, is already operational.

Etihad Rail announced that work on the 139-kilometer stretch connecting Ruwais and Ghuweifat had begun. So far, about 60 percent of the project has been completed. 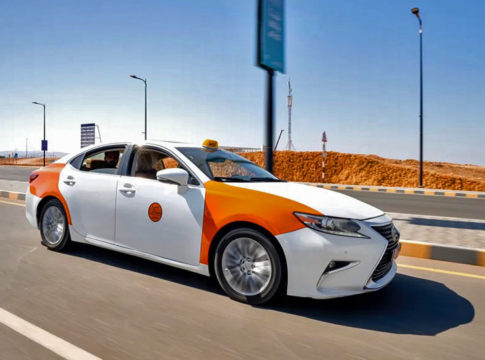 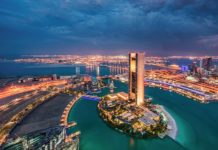 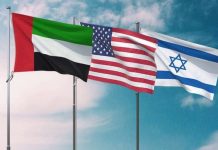 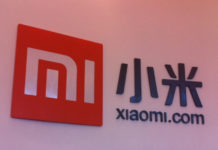 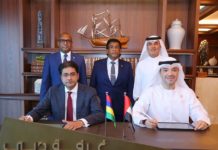