A global leader in the design and manufacture of complete equipment packages for well testing and production, Managed Pressure Drilling, and Under Balance Drilling services, Magnum Technology Center (MTC), has commissioned a brand new 345,000 square foot production facility in the Hamriyah Free Zone.

The facility will allow MTC to raise its production capacity by 10 percent from its existing 1,000 metric tons per year.

MTC’s second plant in the UAE was formally opened by HE Saud Salim Al Mazrouei, HFZA Director and Sajeev John, Vice President of MTC, in the presence of senior officials from HFZA and General Manager Shibu David of MTC HFZA.

The facility is supported by 121 highly skilled employees and has sound engineering and manufacturing capabilities to serve the oil and gas industry. Mr. Al Mazrouei received an update on the most recent methods and fixes offered in the areas of well production and testing, underbalanced drilling, managed pressure drilling, and modular buildings.

The Hamriyah Free Zone Authority has attracted the interest of numerous prestigious businesses operating in the oil and gas sector from all over the world thanks to its cutting-edge infrastructure and advanced logistical capabilities, especially those looking to expand their operations in promising markets rife with growth opportunities in the energy sector.

In order to push all enterprises to new, unheard-of heights of growth and excellence through forward-looking policies and initiatives, the Sharjah-based free zone (HFZA) is dedicated to providing a distinctive investment environment.

During his speech at the event, Mr. Al Mazrouei pointed out that Free Zome has developed into an important hub for the oil and gas industries. If not for HH Sheikh Dr. Sultan bin Mohammad Al Qasimi, Supreme Council Member and Ruler of Sharjah, who strives to expand Sharjah’s status as a top investment destination by providing value-added services to all investors, this would not have been feasible.

“Driven by Dr. Sheikh Sultan’s vision, HFZA has made it a priority to make it easier for investors to access all basic needs, particularly in the energy industry. Accordingly, we have developed a comprehensive system of logistical services and cutting-edge infrastructure to stimulate the growth of businesses including those operating in the oil and gas sector.”

Meanwhile, Mr. Sajeev John stated that, “Since we established our first production facility in the UAE in 2010, we set our sights on becoming a major supplier for the global oil and gas industry by providing an innovative range of individual and packaged products designed and manufactured to the latest industry standards from stock or with advanced delivery, which therefore enhances the ability of our customers to bring their services to the market on time.”

“We have selected HFZA in particular for many reasons. HFZA provides unique privileges and facilities to foreign investors and has vast and varied experience in the traditional and renewable energy sectors. It is also one of the most important and largest free zones in the UAE, attracting huge investments in the field of energy, especially oil and gas. It houses major international companies operating in this sector. We are confident that our HFZA-based production facility will help us expand our business specialties in other sectors such as renewable, Electrical modular buildings and reach new markets in the Middle East, Africa, and Europe,” Mr. John added.

The second-largest industrial-free zone in the UAE, HFZA, in addition to providing industrial and commercial plots of land, offers state-of-the-art infrastructure and cutting-edge amenities that support investors’ external expansion goals, particularly in importing and re-exporting to global markets.

Numerous tax exemptions, capital and profit repatriation, full foreign ownership of the company, easy access to regional and international markets, and a single window operation that improves performance efficiency and streamlines business operations are also provided by the Free Zone. 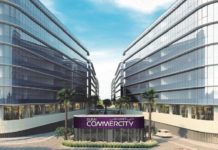 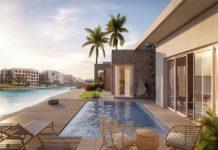