The Kingdom of Saudi Arabia has raised $1.8 billion through the sale of euro-denominated bonds, its second deal in two months as the country continues to diversify its funding base and take advantage of low-interest rates.

The kingdom’s National Debt Management Centre (NDMC) stated that the Arab world’s biggest economy raised $1.2 billion through three-year notes maturing in 2024, with a negative return of -0.06 percent, and $611 million through nine-year notes, offering a return of less than 1 percent.

Mr. Mohammed Al-Jadaan, Minister of Finance and Acting Minister of Economy point out that the issuance, the largest with a negative yield outside the European Union was more than three times oversubscribed with total orders topping $6.1 billion.

The kingdom which generates the bulk of its revenue from the sale of hydrocarbons is diversifying its funding base in line with its Vision 2030 economic agenda and its Fiscal Balance and the Financial Sector Development programs. The kingdom, like other gulf sovereigns and corporate and government-related issuers, is taking advantage of ultra-low interest rates globally to shore up finances.

The latest issuance is only the second time the kingdom has issued euro-dominated bonds since July 2019, when it is sold $3.6 billion of 2027 and 2039 securities, after attracting over 17.7 billion according to leading data and media company Bloomberg.

Mr. Al-Jadaan remarked, “The alternative government financing methods have recently been utilized as a part of the ministry of finance’s plan to support the continuity and completion of major development projects in the kingdom to achieve the goals of the kingdom’s Vision 2030”. 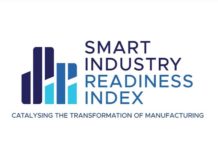 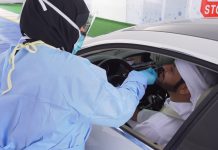