Microblogging and social networking service Twitter and Square’s CEO Mr. Jack Dorsey stated that bitcoin changes “everything” and that he will work “forever” to improve the cryptocurrency’s function.

In response to a tweet from Square’s Chief Financial Officer, Ms. Amrita Ahuja, Mr. Dorsey expressed his support for the cryptocurrency on his platform Twitter.

Ms. Ahuja tweeted that “our bitcoin strategy hasn’t changed. We’re deeply committed to this community, including working towards a greener future through our Bitcoin Clean Energy Initiative.”

Square is a digital payments company that was founded by Mr. Jim Kelvey, the CEO of Twitter, and launched in 2020. Bitcoin is being considered as an investment opportunity by the company, which is expected to be worth more than $100 billion in 2020. To date, Square has purchased a total of $220 million in bitcoin. Its bitcoin asset is worth $410 million.

The cryptocurrency was trading at $48,523.20, down 13 percent in the last five days. Bitcoin plunged when Tesla’s CEO Mr. Elon Musk announced that Bitcoin would no longer be accepted as a form of payment for the company’s electric vehicles due to “environmental concerns.”

Mr. Dorsey is one of a rising number of tech CEOs who have embraced bitcoin as a viable investment option.

Mr. Dorsey’s plan for Twitter is to decentralize and has started a non-governmental organization called Blue Sky to advance its goal.

In 2019, Mr. Dorsey wrote on his social media channel, “Square is doing exactly this for bitcoin with @SqCrypto.”

Mr. Dorsey had earlier sold his first-ever tweet as a non-fungible token for $2.9 million in March.

NFTs are a sort of crypto token that is used to verify the authenticity of ownership and are gaining in popularity. The NFTs are produced in limited quantities and are not interchangeable. In recent months, the market for such tokens has exploded, surpassing $250 million. 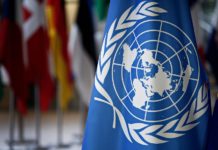 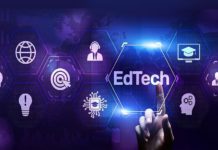