Abu Dhabi’s leading energy renewable company, Masdar and Tribe Infrastructure Group, an advisory and development firm, will partner in the deployment of utility-scale energy-from-waste (EfW) projects by establishing a joint venture in Australia.

The new company targets to develop EfW projects across Australia and to support the delivery and management of these projects.

The announcement of the joint venture was made at the inauguration of the Australia-UAE Business Council by the former Australian Defence Minister, Christopher Pyne and UAE Ambassador to Australia, Abdullah Al Subousi, along with Mohamed Jameel Al Ramahi (CEO of Masdar) and Peter McCreanor (CEO of Tribe).

During the inaugural ceremony in Sydney, Mr. Pyne said that “Tribe and Masdar have the distinction of being the first companies to ink contracts that actively engage in business activity in Australia as part of the Australia UAE Business Council.”

Mr. Pyne further added that the agreement between Masdar and Tribe is only the beginning of the relationship the two companies will have in the future across Australia.

“This is an exciting day for both the United Arab Emirates and Australia. I have no doubt that the Council will do a great job in enhancing our bilateral relations,” said Al Subousi.

Further, Al Suboshi added that, “Masdar has been a great champion of the energy-from-waste sector. We are honored to see Masdar and Tribe come together to establish a joint venture company.”

“The Australian energy-from-waste sector provides excellent potential in the long-term. The signing of this agreement is a reflection of Masdar’s global clean energy ambitions and will further support Australia’s roadmap towards a low-carbon future. We are pleased to be strengthening our partnership with Tribe and we look forward to leveraging our local and international experience and world-leading expertise to advance the energy from the waste sector in Australia.”

Commenting on the joint venture Tribe’s chief executive Mr. McCreanor stated that, “Energy from waste is safe, reliable and affordable and we’re pleased to be at the forefront of bringing this technology to Australia. We look forward to delivering sustainable waste management solutions that provide superior environmental outcomes and make sound economic sense.”

As per reports, every year Australia disposes of about 27 million tones of waste equivalent to fill 75 Olympic swimming pools, yet there is currently no utility-scale energy from waste plants operating in the country. Along with this the widespread efforts to decarbonize the Australian economy make the country an attractive market for investment in the EfW.

Early this year, Masdar and Tribe had jointly obtained 40 percent of share in the East Rockingham Waste to Energy project in Perth, Western Australia. The construction of the $377 million greenfield facility is ongoing and the plant is expected to start its operations by 2022.

When completed, the East Rockingham WTE unit is estimated to process about 300,000 tones of non-recyclable residual municipal, commercial and industrial waste and up to 30,000 tones of biosolids per year.

The plant will also recover nearly 70,000 tones of bottom ash annually, which can be processed for use in construction materials as well as generate 29 megawatts (MW) of baseload renewable energy, enough to power more than 36,000 homes and displace more than 300,000 tones of CO2 emissions per year.

In October 2020, it was reported that Masdar and Tribe had been partnered in the development of the Maryvale EfW facility in Victoria. The project is estimated to convert about 325,000 tones of non-recyclable residual waste from landfill and reuse it to generate steam and electricity to replace natural gas and coal-fired electricity.

Masdar and Tribe are both founding members of the Australia United Arab Emirates Business Council, which was recently established to increase collaboration between the two countries. 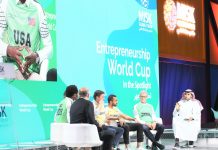 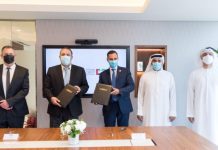 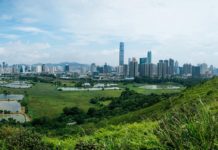 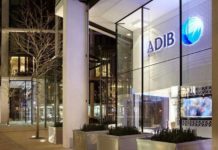