Saudi Arabia and Egypt have signed agreements for the Saudi-Egyptian electricity interconnection project worth $1.8 billion.

The project, which is set to begin in 2022, will ensure an exchange of 3,000 megawatts (MW) of electricity between the two countries. The project will be implemented by three consortiums made up of international and regional companies, according to an Egyptian cabinet statement.

The electrical interconnection aims to be a central axis in linking the two countries. “Reaching this important stage is the culmination of the directives of the leadership of the two brotherly countries,” Prince Abdulaziz said at the accord ceremony.

Under the agreement, two transmission plants will be set up in Saudi Arabia and one in Egypt. The East Medina and Tubok plants in Saudi Arabia will be connected to the Badr plant, east of Cairo, by 1,350 kilometers of aerial cables and a 22-kilometer undersea network that will join both countries through the Gulf of Aqaba.

The high-voltage, direct current (HVDC) system, with a voltage capacity of 500 kilovolts (KV), aims to enhance the efficiency and stability of both power grids and clear a path for future ventures between the two countries.

“This connection will enhance and enable the connection to larger areas, as it will achieve what we seek to link the Arab system with a joint collective action that affects everyone. The electrical interconnection will enable us to move to greater horizons, which is global connectivity with other countries in Europe and elsewhere,” the Saudi minister added.

The agreement will boost their co-operation in renewable energy, Prince Abdulaziz said. According to Orascom Construction, it will also reduce individual carbon footprints, which will build the link stations between the two countries.

Earlier this year, Egypt announced plans for similar power-sharing projects with Greece and Cyprus. A similar joint project with Sudan was launched and the first phase of which generates 80 MW at peak times. 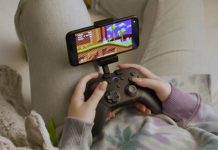 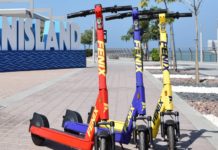 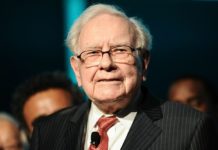 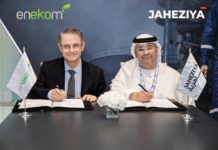 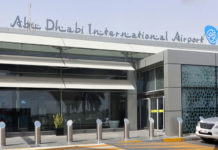