Saudi Arabia’s minister of energy, Abdulaziz bin Salman Al Saud said that the world’s largest oil exporter is strategizing a plan to enhance hydrogen production capabilities, as it explores new alternative fuels to be part of its energy mix.

“We have commissioned a team to put together our national strategy on how we evolve with hydrogen,” the energy minister said while speaking at the occasion of G20 press briefing.

“I guarantee you a few months from now, you will see an expose of what we will be doing with hydrogen and what will be our national ambitions and how we can still continue to maintain the lead in this ambition,” he added.

According to the US-based leading research organization, BloombergNEF, Hydrogen is being tested as a promising alternative to fossil fuels, particularly in transportation. Renewable hydrogen will minimize greenhouse gas emissions from the hydrocarbon sector by 34 percent.

By 2025, hydrogen growth in Europe will boost the industry to an amount $142 billion (Dh523.1 billion), as per the estimates of Aurora Energy Research, a UK-based research agency.

In the meantime, US-based management consulting firm, McKinsey predicts that the creation of a hydrogen economy will produce annual revenue of $140 billion by 2030 and help sustain 700,000 jobs.

Saudi Arabia is among several countries looking to improve hydrogen as a power source as the rush for cleaner energy gathers pace.

A consortium comprising of the industrial gas company Air Products, Saudi Arabia-based power company ACWA Power and Neom, a new city planned in the north-west of the kingdom, has agreed on a $5 billion project to generate hydrogen using solar and wind power.

Recently Saudi Aramco’s had said that the the company is looking at “exciting new opportunities to collaborate in the development and use of future fuels such as hydrogen and other chemicals-type clean fuels.”

Dr. Sultan Al Jaber, chief executive of ADNOC group and Minister for Industry and Advanced Technology said, “We all have a role to play and we as an industry can do more on climate change.” He made this statement during the annual Abu Dhabi International Petroleum Exhibition and Conference.

Major oil firms have vowed to reduce their carbon footprint this year amid a shift in the narrative in the fossil fuel industry caused by coronavirus-induced restrictions.

Oil and gas firms are also encouraged to re-evaluate their strategies by mobility constraints, which led to a pause in global air and land transport and restricted oil production. 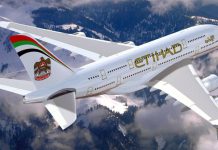 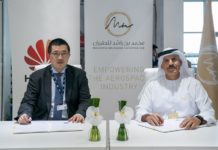 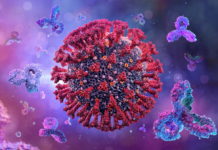 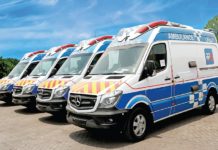