The largest oil-exporting company in the world, Saudi Aramco, is preparing to expand its initiative to push further investment into the local economy as it looks to venture into new sectors.

The flagship program known as In-Kingdom Total Value Add (IKTVA) will be widened to include new international collaborations. The localization initiative will also assist in establishing companies through an industrial investment program linked to the business of Aramco, the company said.

“These new partnerships will contribute to advancing innovation, sustainability and enhance the scale of reliability in our business ecosystem and, in addition, benefit companies operating in the kingdom’s vast energy and chemicals sector,” Saudi Aramco president and chief executive Amin Nasser said.

The partnerships will have a strong focus on new technology and will maximize investment in “non-metallic materials and circular economy”, he added. The expanded program will also focus on development of the national workforce in the communities where the company operates.

Preliminary agreements with Shell and the Dutch firm AMG Recycling, the Chinese companies Suzhou XDM, Shen Gong, Xinfoo and Supcon, as well as South Korea’s Posco, have been signed by the state-backed oil company. The latest partnerships will be in the fields of steel plate manufacturing, industrial 3D printing, energy management, recycling and chip production.

Since the launch of IKTVA, the local manufacturing component required by Aramco from its partners has increased to 56 percent in 2019, compared with 35 percent in 2015.

IKTVA was launched by Saudi Aramco to baseline, measure and drive increased levels of localization in its supply chain. The program is designed to drive supply-chain efficiency, value add across operations and create a diverse, globally sustainable competitive energy sector within the Kingdom of Saudi Arabia to support the long-term vitality to the commercial ecosystem.

It was launched in 2015 as a structured approach to localization and has become one of the Kingdom’s most important and strategic programs that is focused on the development of the energy sector and the creation of a world-class supply chain. 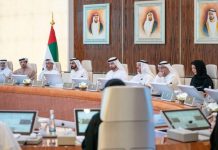 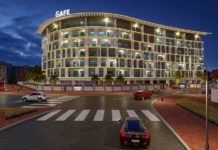 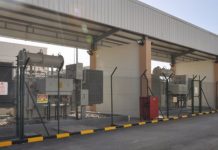 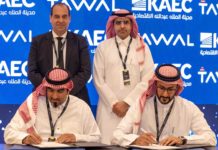