A bipartisan trio of senators has introduced a new bill aiming to bring more competition to the app store market which is currently dominated by the US technology firms like Apple and Google.

The ‘Open App Markets Act’ brought by democratic Senators Mr. Richard Blumenthal and Ms. Amy Klobuchar and Republican Senator Ms. Marsha Blackburn, would ban big app stores from requiring app providers to use their payment system. It would also bar companies from punishing developers that offer lower prices on a separate app store or payment system, along the lines of Apple’s public dispute with Epic Games.

The bill would also make it unlawful for companies like Apple to use non-public data from their stores to build competing products against companies using their service.

“I found this predatory abuse of Apple and Google so deeply offensive on so many levels. Their power has reached a point where they are impacting the whole economy in stifling and strangling innovation,” Mr. Blumenthal said.

The stakes are high for Apple, whose App Store anchors its $53.8 billion services business and boosts profits as the smartphone market has matured. Earlier this year, Tile, which makes tags to find lost objects, complained about Apple launching a rival product.

Google declined to comment, but a spokeswoman cited previous company statements that Android devices often come preloaded with two or more app stores and that app sellers can allow downloads without using Google’s Play Store. Apple did not immediately respond to a request for comment.

Earlier this year, the Senate Judiciary Committee hauled the representatives from several companies to explain how Apple and Google’s app store policies and fees harm their businesses. The bill won praise from apps including Spotify, Epic and Tile.

Apple’s control over apps on its Store and 15 percent to 30 percent commissions on digital sales have come under regulatory scrutiny. A federal judge is reviewing testimony to rule on an antitrust lawsuit by “Fortnite” creator Epic Games.

Related: LinkedIn may face US lawsuit on ad overcharging allegation 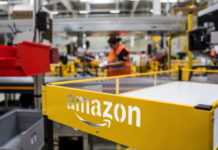 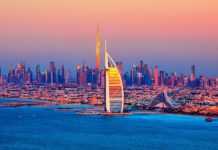