Bugatti’s latest hypercar can top 300 miles an hour. Yes, you read that right.

The French high-performance automobile maker has introduced a 1,800-horsepower hypercar that is far less realistic than the brand’s typically powerful multimillion-dollar two-seaters.

According to Bugatti, the Bugatti Bolide, a name that comes from French slang for “very fast car,” is a concept car intended exclusively for track driving, not for public road usage. The Bolide has a tweaked version of the enormous 8.0-liter 16-cylinder engine used in the core model of the company, Chiron. It’s designed to be super light and, according to Bugatti, can achieve a peak speed of well over 300 miles an hour.

Bugatti didn’t specify if the Bolide will be sold, but performance brands such as Ferrari and Lamborghini have track-only vehicles for wealthy customers who want to experience driving in their own private race cars. Cars like this don’t have a lot of crash safety equipment, like airbags, needed in road cars, but they do have the advanced safety equipment necessary on many race tracks, such as racing harness fittings.

The Bolide is a little over three feet tall, which is about a foot shorter than the Chiron and built for optimum aerodynamics. To get in occupants must sit on the door sill and put their legs inside before slipping over into the seat.

In designing the Bolide, emphasis was placed on reducing weight and improving aerodynamics. The air scoop that rises from the roof is covered in a special skin that forms blister-like bubbles at high speeds. The bubbles improve air flow over the scoop by 10% while also reducing aerodynamic lift by 17%, according to Bugatti.

According to Bugatti, all the screws and fasteners in the car are made from steel, and most of the rest of the car is crafted of lightweight carbon fiber and titanium alloys. Compared to the 4,400 pounds Chiron, the Bolide weighs just over 2,700 pounds. A lot of weight was also saved in the Bolide by giving little thought to luxury and very little to comfort. With thin, light racing seats rather than the nicely upholstered seats used in the Chiron, the interior is extremely sparse and plain.

“All of Bugatti’s expertise has been condensed into the Bugatti Bolide,” said Stefan Ellrott, head of development for Bugatti.

He said that engineering the Bolide was an opportunity to try new techniques in order to minimize weight and improve performance. The turbochargers attached to the engine, for instance, were specially designed to allow more power at high speeds. The high-performance lubricating systems of Bugatti have already been revamped to cope with unusually high cornering forces that can cause oil to move away from where it is required.

If Bugatti ever decided to sell the Bolide, the price tag would probably be several million dollars, based on the price of other Bugatti cars and the cost of other similar types of cars.

A similar Chiron costs more than $3 million and only 500 will be made. A variety of other cars based on the engineering of the Chiron have been launched by Bugatti in recent years, including the Divo, a variant designed for lower top speeds but improved cornering, of which only 40 will be made. There is Centodieci, the car built to celebrate the 110th anniversary of Bugatti. Of these, only 10 will be built. The starting price for the Centodieci is $9 million and that for Divo is $6 million.

A more practical Bugatti is on the way

Interestingly, engineers and designers at Bugatti had been working on something radically different for the brand: a lower priced and more practical model. But that work has been put on pause due to the pandemic.

“We were looking at a four-seater with a completely different design, not an SUV, not a sedan, something really, really unique in terms of design and creating a new segment,” Cedric Davy, chief operating officer of Bugatti of the Americas, said in a recent interview. “It’s not dead, but for now, nobody is working on it.”

Adding a more practical model to the lineup is something that has been focused on by other supercar firms as they aim to draw more customers and raise profits.

Lamborghini, the sister-brand of Bugatti, both owned by Volkswagen, started selling the Urus SUV in 2018, rapidly doubling the sales of Lamborghini. And Ferrari has been working on something called the Purosangue, which is supposed to be launched next year. It will not be a conventional crossover SUV, executives insist, but it will be more spacious and comfortable for passengers than any previous Ferrari.

The reason for the temporary halt to the four-door model’s production is not any kind of financial restriction, a spokesperson for Bugatti insisted, but basic uncertainty caused by the pandemic. Developing a new model means negotiating with manufacturers and vetting them, manufacturing prototypes and evaluating what the demand will be once the pandemic is over, all of which is difficult to do at this time. 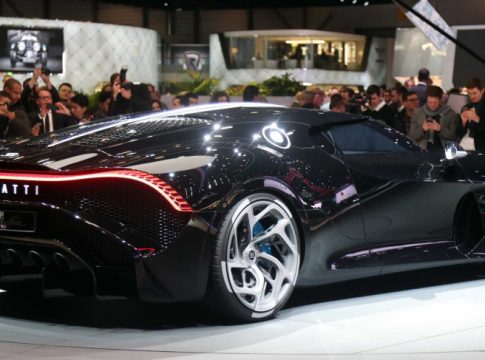 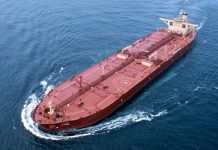 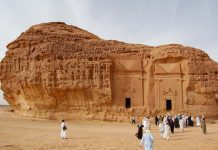 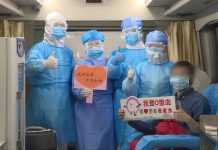 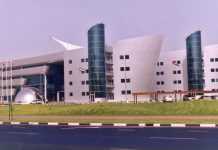