Home Industry Technology Microsoft and TikTok has only a 45 day window to final the...

According to sources, President Donald Trump has agreed to allow Microsoft to negotiate the acquisition of TikTok only if it can secure a deal in 45 days.

This prompted the US tech giant to announce their interest in the controversial social media deal that could further inflame ties between the US and China. Earlier Trump had said that he planned to ban TikTok citing national security as the reason considering the amount of personal data that the Chinese owned app handles.

TikTok, with over 100 million users in the US alone, provides Microsoft with the rare opportunity to become a major rival for social media giants such as Snap and Facebook.

Last Friday, Trump had dismissed the notion of TikTok’s US operations’ sale to Microsoft. However after a meeting between Trump and Microsoft CEO Satya Nadella, the company headquartered in Washington, clarified that it will continue talks to purchase TikTok from ByteDance, and that it aimed to reach an agreement by September 15.

This is a deadline put by the Committee on Foreign Investment in the United States (CFIUS) to ByteDance and Microsoft, which scrutinizes deals involving potential national security risks.

Apparently, the US president changed his mind following pressure from some of his advisors. Banning of the popular app has the potential to alienate many of its young users ahead of November’s US presidential election. A wave of legal challenges is also likely to follow the ban.

In its statement, Microsoft clarified that there is no certainty a deal will be reached.

TikTok has emerged as a flash point in the rivalry between the world’s two largest economies as the US-China relations deteriorate over trade, the spread of the novel corona virus, the cyber security and the sovereignty of Hong Kong.

Under the proposed deal, Microsoft would take over operations of TikTok in the United States, News Zealand, Australia and Canada. It also assured that after the deal all of the American user data in the app will be transferred to and stay in the US.

According to the company, Microsoft is likely to invite other US investors to acquire minority stakes in TikTok while approximately 70% of the outside money that ByteDance received came from the US.

But the amount at which the deal will come through is still under wraps but earlier this year, ByteDance was valued at $140 billion.

Earlier India had also banned TikTok along with 58 Chinese apps in the country citing the reason as “threat to national security.” 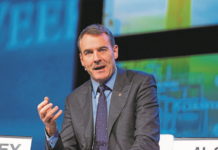 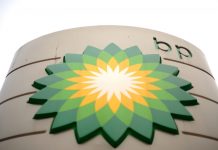 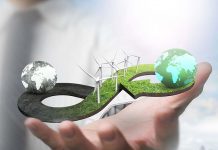