Ms. Camilla Dell, managing partner and founder of Black Brick, will be leading the trip and meeting with potential clients and partners, including several private banks, family offices, and high-net-worth clients. The primary focus of the trip is to update Middle Eastern clients on the London property market and raise the profile on the benefits of using a buying agent when considering purchasing property in London.

According to reports, London is a highly attractive asset for Middle Eastern clients, it is considered a safe investment haven due to its historic track record, growing economy, and world-renowned educational and cultural institutions. The current weak pound is also making London property more attractive for Middle Eastern buyers, many of whom are dollar-based.

Currently, 23 percent of Black Brick’s active clients are from the Middle East, with budgets ranging from $1.8 million to & $55.7 million. The city offers a wide range of property options, from central London apartments to country estates, making it a desirable location for both personal and investment purposes.

This roughly one-mile square grid of streets and squares has been a prime London address ever since the late 17th century and clever curation of its public spaces and shopping streets mean that when it comes to PCL Mayfair has firmly overtaken Knightsbridge as the place to be.

North Ken has been on a quiet ascent. Golborne Road Market is a more peaceful, less tourist-flooded, and altogether hipper alternative to Portobello Road, with pretty stalls and food trucks, artisanal cafes, restaurants, vintage shops, and boutiques. This fact has not gone unnoticed by young British, European, and American buyers looking for a buzzy new neighborhood to call home. They are also cottoning on to the fact that they can get great value for money compared to Notting Hill, less than a mile away. In W10 a smart property would sell for around $1,736.8 to 1,860.9 per sq. Ft. A similar property in Notting Hill could cost anywhere from $4,960.8 to $6,201.1 per sq. ft.

In the 1780s streets of fine houses were built in Herne Hill by wealthy merchants and bankers, earning it the nickname the “Belgravia of south London”. In more recent years Herne Hill was overshadowed by the hipsterfication of its nearest neighbors, Brixton and Peckham. But as property prices there have swelled so buyers looking for value for money have started to explore Herne Hill.

The jewel in the crown of north London, St John’s Wood with its affluent high street, amazing schools, and beautiful white stucco villas has long been a popular roost for families who tend to stay put for decades. “St John’s Wood has done exceptionally well over the last 18 to 24 months,” said Ms. Dell.

There is latent demand: homes at One St John’s Wood, a 12-storey building opposite Lord’s Cricket Ground, which was completed in 2022, sold strongly at prices starting from $3.2 million. And in November preparatory work finally started on the redevelopment of the St John’s Wood Barracks, which has been in the works for more than a decade. This 2.2-hectare site, formerly the headquarters for the Royal Horse Artillery, will bring 179 brand-new homes to the market.

Smart buyers have been eyeing this Victorian suburb as a natural step out from Notting Hill or Holland Park. And now that Crossrail is up and running its super-fast train links to the City and Canary Wharf are starting to tempt buyers who might once have preferred to live in Islington or Clerkenwell. When the line is fully operational, journeys to the city will take just over a quarter of an hour, and travelers can be in the West End in ten minutes. These new arrivals have helped hike house prices in Acton by 59 percent between 2012, when work on Crossrail began, and last year.

Acton has already had its fair share of investment, the $991 million regeneration of the South Acton Estate to name but one, and more is to come. Transport for London is poised to start work on a $1.2 billion scheme to build 850 new homes, plus offices, shops, and restaurants, close to the station which will give the gateway to Acton just the facelift it needs.

In a year marked by unpredictability, Black Brick has still purchased almost $124 million worth of property on behalf of clients from around the world. As the market becomes more cautious, half of these homes were sourced off the market, up from a third in 2021, and the average discount on the asking price that Black Brick achieved for their clients was 4 percent or $49,601 per $1.2 million. Half of Black Brick’s deals in 2022 were off-market, which can be difficult to access without professional representation. 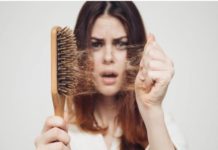 Worried about your hair?... 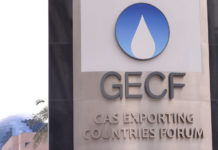