Google Photos, the photo sharing and storage service developed by US-based tech giant Google will start charging for storage from next year.

The move comes after five years of providing unlimited free photo backups at “high quality” and users will have to buy more storage space once more than 15 gigabytes (GB) have been used on the account.

The new policy will take effect on June 1, 2021, and it comes with other policy improvements to Google Drive, such as counting documents and spreadsheets from Google Workspace against the same limit. A new strategy of deleting data from inactive accounts that have not been signed in for at least two years will also be introduced by Google.

The 15 GB limit will not count against all photos and documents uploaded before June 1st 2021, so you have plenty of time to decide whether to continue using Google Photos or move to another cloud storage service for your photos. It will start counting against the new limit only on photos uploaded after June 1st.

Recent reports also seemed to suggest that Google could be preparing to monetize its Photos app by enabling some of the editing features in the app accessible only through a paid subscription.

In Google Photos, the company already counts “original quality” photo uploads against a storage limit. Nevertheless, taking away unlimited backup for “high-quality” pictures and video (which are automatically compressed for more effective storage) also takes away one of the largest selling points of the service. It was a photo service where you didn’t have to think about the amount of storage that you had.

It is worth noting that after June 1st, Google’s Pixel smartphone-owners will still be able to upload high-quality (not original) photos for free without counting those images against their limit. It’s not as good as the original offering of having limitless original quality, but it’s a decent benefit for the few people who purchase Google devices.

Google points out that it provides more free storage than others, you get 15 GB instead of the small 5GB that you get from Apple’s iCloud, and it also says that for at least three years, 80% of Google Photos users will not reach the new 15 GB limit.

When you begin to approach that limit, the company will send alerts and warnings. Google will also add new storage management features in Google Photos, including a feature that makes it easier to locate and remove photos, such as blurry images or screenshots, that you might not want anyway.

Google would also show a more helpful “personalized estimate” of how much longer a storage tier would last in terms of time instead of gigabytes . It calculates the average uploads of each user over time to guess how much longer they will be able to use their existing tier.

Why the move? One explanation is that having more people to sign up for Google One storage is part of a larger push. Google One is a subscription service developed by Google that offers expanded cloud storage and is intended for the consumer market.

At some of its higher levels, the service now also offers a free VPN for Android, and it seems as if many Google products are aligned with Google One. In a brief interview, Google’s response is simpler, “there is already an almost unimaginable amount of photos and videos uploaded to Google Photos, and the service needs to be sustainable.”

“Today, more than 4 trillion photos are stored in Google Photos, and every week 28 billion new photos and videos are uploaded. Since so many of you rely on Google Photos to store your memories, it’s important that it’s not just a great product, but also continues to meet your needs over the long haul. In order to welcome even more of your memories and build Google Photos for the future, we are changing our unlimited High quality storage policy,” the company said.

Alongside photos, “Google Docs, Sheets, Slides, Drawings, Forms and Jamboard files” will also begin counting against storage caps. The reasoning is “to bring our policies more in line with industry standards,” Google says.

As for the inactive account policy, it seems pretty reasonable. If you have not touched your Google account for two years and do not reply in any way to the numerous warning emails and alerts sent to you by Google, your account data will be removed by the company.

“We will notify you multiple times before we attempt to remove any content so you have ample opportunities to take action. The simplest way to keep your account active is to periodically visit Gmail, Drive or Photos on the web or mobile, while signed in and connected to the internet,” said Google. 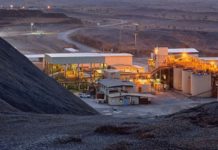 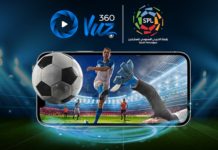 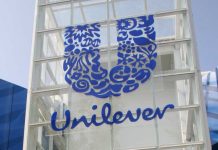 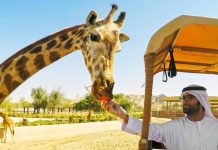