Home Industry Telecom Pagers are still beeping; How are they still alive?

Pager, a wireless telecommunications device that receives and displays alphanumeric or voice messages was a widely used technology in the 1980s. Even after the cell phone technology took the major share of its market, the near-obsolete technology is somehow still not fully extinct.

According to the recent by Saudi Arabian media, as many as five million people are still using pagers (beepers).

The “pager” device in Saudi Arabia officially ended 15 years after the Saudi Telecom Company (STC) stopped the service in mid-2005 after the “pager” entered Saudi markets in the mid-1990s before the mobile phone gradually displaced them And eliminate it.

Previous statistics suggest that more than 800,000 Saudis used the “pager” by the year 2000, while the number of its public users was “zero” in 2020, a small number of medical professionals still continue to use the service.

Doctors and Hospitals prefer the old communication device as modern pager systems’ coverage overlap, combined with the use of satellite communications, can make paging systems more reliable than terrestrial-based cellular networks in some cases, including scenarios such as natural and man-made disasters. This resilience has led public safety agencies to adopt pagers over cellular and other commercial services for critical messaging.

Pagers operate as part of a paging system which includes one or more fixed transmitters (or in the case of response pagers and two-way pagers, one or more base stations), as well as a number of pagers carried by mobile users. These systems can range from a restaurant system with a single low-power transmitter, to a nationwide system with thousands of high-power base stations.

The pagers, which were developed in the 1950s and 1960s, and became widely used by the 1980s, are still used by about five million people according to US statistics in 2019, but the pager annually loses more users around the world, who switch to mobile phones, while by 1994 the number of “pager” users reached more than 61 million around the world.

A 2019 study conducted by the Journal of Hospital Medicine in 2019 has been shown that 80 percent of doctors irrespective of the dominance of mobile phones.

In 2017, The UK National Health Service was estimated to use over 10 percent (130,000) of remaining pagers in the world at an annual cost of £6.6 million. In February 2019, Matt Hancock, Secretary of State for Health and Social Care, announced that the 130,000 pagers still in use were to be phased out.

His team had announced plans in May 2020 to replace pagers and bleepers with “more modern communication tools”, accelerated the pressure placed on the service by the COVID-19 pandemic in England.

In Japan, more than ten million pagers were active in 1996. On October 1, 2019, Japan’s last paging service provider shut down radio signals and terminated its service. 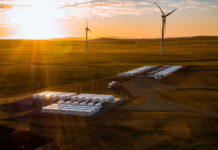 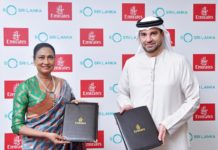