The global PC market shipped 79.2 million units in the third quarter of 2020 which marks an increase of 12.7 percent from a year ago, reports Canalys, a tech market research firm.

The third quarter showed the fastest growth in the PC market in a decade. The huge popularity of smartphones and tablets has reduced the need for computers in past years but the COVID-19 crisis which forced millions of people to work from home generated a surge in demand for the PC segments.

According to the Canalys report, the second wave of the pandemic has created a hike in global notebook shipments up to 64 million units. Recently, the business firms around the globe have also started to invest more in gadgets that would facilitate remote working for their employees.

An interesting fact about the current statistics is that it is almost equal to the fourth quarter of 2011 which hit 64.6 million shipments.

Even though the shipments of mobile workstations and notebooks increased by 28.3 percent than last year the desktop and desktop workstations witnessed a decline of 26.0 percent.

Canalys analyst Ishan Dutt says that the traders, supply chain as well as the channels have got a chance to thrive as the massive demand for notebooks is expected to continue.

“The lasting effects of this pandemic on the way people work, learn and collaborate will create significant opportunities for PC vendors in the coming years. Although the focus has been on commercial PC demand in the last two quarters, consumer spending during the holiday season is set to bring more joy to the PC market.”

According to the Canalys report, Acer was the highest individual beneficiary from the trend in the third quarter by shipping 5.6 million PCs, with a 15 percent increase and Lenovo was the largest maker by shipment. In the third quarter of 2020, Lenovo had about 24.3 percent market share. The leading vendors’ HP, Dell and Apple followed with 23.6 percent, 15.1 percent and 8.1 percent market shares, respectively.

Other market analysts like Gartner and IDC have not yet released their reports for the third quarter and predictions for the coming quarter. 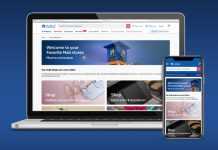 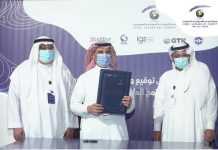