Saudi Arabia’s 2021 budget was announced with spending of $264 billion, nearly 7 percent less than estimated for this year, as the Kingdom is struggling to curb the deficit caused due to the lower petroleum revenues and extra spending on the coronavirus crisis.

The world’s biggest oil exporters are projected to record a deficit of $79.4 billion this year or 12 percent of gross domestic product (GDP) and $37.5 billion or 4.9 percent of GDP next year, as per the budget statement.

The Saudi Finance Minister Mohammed Al Jadaan stated in a press conference that the economy had started to get back to a pre-pandemic level from the second of this year itself. The Kingdom estimates the economy to shrink by 3.7 percent this year but to recover the 3.2 percent in 2021 itself.

The finance ministry stated that the budget reflected “the ability to adopt appropriate policies to balance between growth, economic stability and fiscal sustainability in the medium and long term.”

“Vision 2030 has been tried and tested by the pandemic, greatly enhancing the economy’s resilience and helping reduce the negative impact of the crisis,” the budget statement said.

According to the International Monetary Fund, the Brent crude oil prices have rebounded since plunging to a more than 20-year low in April, but at around $50 per barrel, they are significantly below the $67.9 per barrel that Saudi Arabia would need to balance its budget next year.

Saudi Arabia expects public debt to increase to $249 billion in 2021 from $227.69 billion this year. The government reserves at the Saudi central bank are estimated to fall by $74.6 billion next year from a projected amount of $92.2 billion this year, the finance ministry added.

Monica Malik, the chief economist at Abu Dhabi Commercial Bank, said the deficit target for next year looked ambitious, “but this year we have seen vital support to the budget through strong Aramco dividend and investment returns, and these are likely to be key factors in 2021.”

Mazen Al Sudairi, head of research at Al Rajhi Capital, stated that it was difficult to forecast oil revenues for the government “because it includes the additional variable of what dividends Aramco will pay to the government.”

Saudi oil giant Aramco has stated that it would pay an overall dividend of $75 billion this year and a huge majority of it would go to the government. 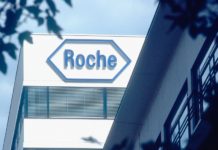 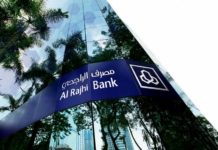