The sale follows the recently announced joint efforts to enhance industrial cooperation between the UAE and Japan and support the development of new blue ammonia supply chains between the two countries, ADNOC said.

ADNOC is an early pioneer in the emerging market for hydrogen and its carrier fuels, such as blue ammonia, driving the UAE’s leadership in building international hydrogen value chains and a local hydrogen ecosystem.

Fertiglobe, a joint venture between Netherland-based chemical company OCI and ADNOC, will produce blue ammonia at its Fertil plant in the Ruwais Industrial Complex in Abu Dhabi for delivery to ADNOC’s customers in Japan.

The shipments, which were sold at an attractive premium to grey ammonia, highlights the demand for blue ammonia as an emerging source of low-carbon energy. It represents the first production milestone of a planned scale-up of blue ammonia production capabilities in Abu Dhabi.

“Today’s announcement builds upon ADNOC’s commitment to expanding the UAE’s position as a regional leader in the production of hydrogen and its carrier fuels, meeting the needs of critical global export markets such as Japan. Through the expansion of our capabilities across the blue ammonia value chain, we look forward to furthering our legacy as one of the world’s least carbon-intensive hydrocarbon producers and supporting industrial decarbonization with a competitive low-carbon product portfolio.”

Mr. Nassef Sawiris, Executive Chairman of OCI and CEO of Fertiglobe, commented, “We are pleased to leverage the Fertiglobe and ADNOC platforms to help decarbonize our production and customers’ footprints while creating value to shareholders, a win-win across the board. This project shows that Fertiglobe is on track to become a global leader in low-carbon solutions, leveraging its globally leading position in ammonia.”

Ammonia can be used as a low-carbon fuel across a wide range of industrial applications, including transportation, power generation, refining and industries, including steel, wastewater treatment, cement and fertilizer production. For Japan hydrogen and its carrier fuels, like blue ammonia, are expected to play a key role in the country’s ongoing industrial decarbonization efforts. 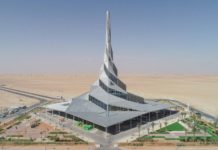 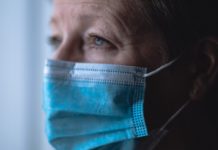