The initial public offering (IPO) registration of the US-based Airbnb revealed that, even amid the COVID-19 pandemic, the home rental start-up made a profit in the third quarter (Q3) as it gears up for one of the most awaited stock market debuts in recent years.

The filing, published ahead of the expected stock market debut of Airbnb in December, showed a remarkable turnaround in its fortunes after the coronavirus outbreak pulled its core home rental company down during the first half of the year.

In May, the downturn forced it to lay off 25 percent of its employees, cancel marketing activities for the year and seek $2 billion in emergency funding from investors including Silver Lake and Sixth Street Partners. By focusing on listing homes away from cities that people would like to rent during the pandemic, it has recovered.

In the third quarter, Airbnb’s revenue dropped 18 percent to $1.34 billion from a year before, but it posted net profit of around $219 million, driven largely by a cost clamp-down. The business took a bigger hit internationally than in its home state, reflecting the financial fallout of extensive lockdowns in Europe to contain the spread of the virus.

“The recovery in the second and third quarters of 2020 is attributable to the renewed ability and willingness for guests to travel, the resilience of our hosts, and relative strength of our business model,” Airbnb said.

As businesses capitalize on a stock market boom in the second half of the year the listing will cap a blockbuster year for IPOs, fueled by monetary and fiscal stimulus in an effort to blunt the fallout of the pandemic.

Since its launch in 2008, Airbnb has not made an annual profit and has warned that this will possibly be the case this year as well, despite being profitable in the third quarter. It said it expected a decrease in bookings in the fourth quarter and an increase in cancellations.

The company also announced that it is facing a heavy tax bill. It was told in September by the US Internal Revenue Service that it owed $1.35 billion plus fines and interest over the sale of international intellectual property to a subsidiary in 2013. Airbnb said the tax adjustment would be “vigorously contested”.

Airbnb said its co-founder and CEO, Brian Chesky, who, thanks to special voting shares, will remain in control of the company after the IPO, has agreed to reduce his base salary from $110,000 to $1 in the belt-tightening process.

In return, for the next 10 years, the board approved limited stock units for Chesky that could be worth $120 million if the company stock met certain milestones. The company said that Chesky plans to donate the net proceeds of this to community, philanthropic and charitable causes.

Chesky and Joe Gebbia launched Airbnb 12 years ago as a platform to make room reservations during conferences. After taking seed funding from investors, including Sequoia Capital, it expanded its listings to include apartments, houses, and vacation rentals in the following year.

In 2011, with listed properties in 13,000 cities across more than 180 countries at the time, Airbnb gained “unicorn” status after being valued at more than $1 billion. Buyout firms General Atlantic, TPG, Hillhouse Capital and investment management firms Vanguard Group and Fidelity Investments are some of Airbnb’s other investors.

Airbnb plans to list under the symbol ABNB on Nasdaq. It recently applied for an IPO of up to 1 billion, but that is the placeholder amount and is likely to change before its debut. 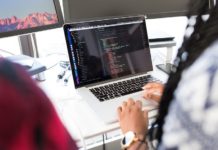 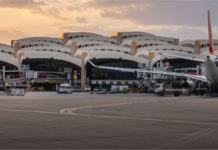 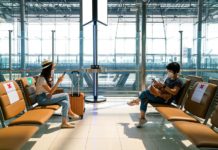 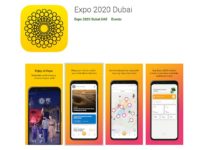