Investment firms shouldn’t be allowed to keep half a billion dollars the American investment bank Citigroup accidentally sent them because the payment wasn’t due for three more years, legal experts and advocacy groups said in asking a court to overturn the ruling.

Citibank, which was acting as the US-based cosmetic company Revlon’s loan agent, meant to send about $8 million in interest payments to the latter’s lenders. Instead, Citibank accidentally wired almost 100 times that amount, including $175 million to a hedge fund in August 2020. In total, Citibank accidentally sent $900 million to Revlon’s lenders.

A group of law professors said that allowing Revlon lenders to hold on to $504 million the bank wired them, misapplied legal precedent and could harm the industry’s standards.

“The sheer magnitude of the transfer, constituting nearly 100 times the size of defendants’ scheduled coupon payments, was a giant ‘red flag,’” the professors told the court. They said the prepayment of the 2016 loan, at par and without notice, “constituted another glaring red flag that would have caused a reasonable person to inquire.”

The law shouldn’t encourage similar “self-imposed ignorance in situations where it is nearly costless for a party” to “uncover and remedy the error,” the professors said.

The embarrassing blunder forced Citigroup to answer to regulators and tighten its internal controls. The bank sued firms, including Brigade Capital Management, HPS Investment Partners and Symphony Asset Management, that wouldn’t return the funds. It unexpectedly lost that battle in February.

Citigroup has asked the appeals court to overturn US District Judge’s decision, saying it “sent shockwaves through the markets and generated outcry across the financial industry.”

The professors said the funds “were not due until the term loan matured in 2023,” and full repayment required prior written notice from both Revlon and Citibank that never occurred and was never questioned. The payment occurred outside of the contract between the investors, the company and the bank, which was acting as administrative agent on the loan. That should have “put a reasonable lender on notice of Citibank’s mistake,” they said.

The Loan Syndications and Trading Association offered similar arguments in its own brief, saying the mistaken payment has already “significantly disrupted” the drafting and negotiation of credit facilities and the expectations of participants in the market. Mistakes will happen because the often automated transactions require “manual touches,” the trade group said.

“The daily volume and size of wire transfers executed by banks have increased exponentially,” they said. “Banks should not solely bear the risk of human error visà-vis lenders who, in this case, would suffer no injury if the mistakenly transferred funds were returned.” 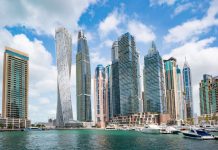 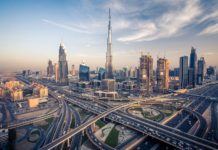