The five-year strategy of PIF to double its assets to $1.07 trillion will be driven by strong current asset performance, higher returns on new investments and the restructuring of some investments through privatization or listing, said the Saudi Arabian bank in a report.

“We believe the fund’s new investments will be a major tool to reduce unemployment rates among Saudis and increase Saudis’ labor force participation in the economy,” the report added.

Over the next five years, the fund aims to create 1.8 million direct and indirect jobs. Furthermore, by 2025, the PIF will invest a minimum of $40 billion a year in the domestic economy, helping to contribute $320 billion to the non-oil economy of the Kingdom.

Under the strategic plan, PIF will aim at 13 new sectors, including healthcare, renewables, telecoms, media and technology, food and agriculture, automotive, transportation and logistics, real estate, aerospace and defense, construction and building components and services.

NCB Capital commented that the industrial sector will be a key beneficiary of aerospace and defense strategic investment. For automotive, the fund is in talks with Lucid Motors to establish a facility in Saudi Arabia that will support growth in several sectors such as petrochemicals and mining.

The report further added that the plans by PIF to increase its investment in the transport and logistics sectors would generate opportunities for the companies listed in those sectors.

PIF is also negotiating to invest in Saudi Arabia with top global healthcare companies, which is expected to generate new opportunities in the field, the report noted.

The main beneficiaries of the growing investment in entertainment and leisure will be the travel and tourism sectors. “The ongoing progress in giga projects will drive demand in the construction sector in the medium term and further enhance the long-term outlook of the tourism sector,” the financial institution further added.

The fund has established entities including the futuristic city known as Neom, the Red Sea Development Company, Qiddiya, and Saudi Entertainment Venture among others, to develop the Kingdom’s tourism and entertainment sector. 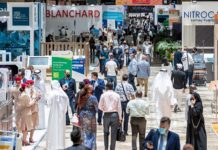 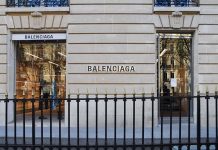